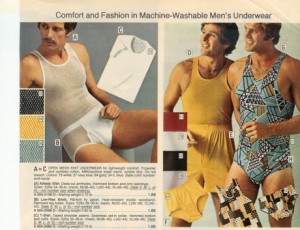 I think this model (on left) is actually Ashton Kutcher's dad...

My family has mastered the art of not talking about things, at least directly.  So I called my sister the next day and told her.  It’s just how we communicate.  I’m fairly confident Grandma and I will never talk about it.  Just like we never talked about why the men’s underwear section of her JC Penney’s Catalog was always missing or left tattered.

Hello, all.  I’m just dropping in to leave you a little note.  You know, just to be polite.  I haven’t forgot about you.  This past month or so has been quite difficult.  I haven’t had much left in me for blogging.  Which is fine.  It probably just means I’ll have a lot to write about once I’m ready.  All I’ll say for now is that I’m single again and pushing forward. So please hang in their with me, I’ll be back before you know it.

Oh where, Oh where did all my hair go?

Posted in My Life, Pictures

This is how I feel today…

I saw this snail inching its way across the sidewalk outside my doctor’s office. My allergies have kicked into full gear this week. With all of the antihistamines I am taking and the slimy goo seeping out of my nose (I know, too much information), I felt like I had a lot in common with this little guy. 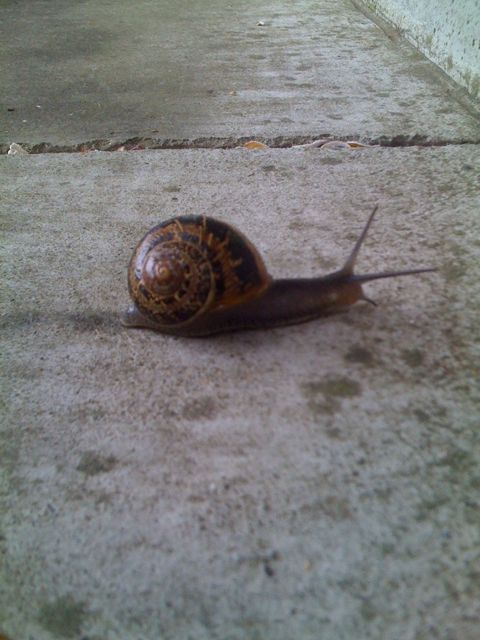 Posted in My Life, Pictures

This Week’s Number One Douchebag 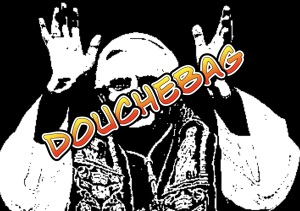 Pope Benedict XVI in all his Douchebagness

Just in case there was ever any doubt, Pope Benedict XVI is the single most out-of-touch person in the world.  And when you consider the other religious leaders and politicians that he is in competition with for that title, this is no small feat.  Congrats!

He secured the title during his trip to Africa this week.  In case you missed it in the news, here is a link to one of the articles covering it.  Here’s my summary of what went down:  The current Pope made his first trip to Africa and proved that he is completely out of touch with reality.  He said that condoms are not the way to stop the spread of HIV, they actually contribute to it.

Seriously.  The use of condoms actually increases the risk of HIV?!  What a jackass.  Someone who is this completely out of touch with reality cannot possibly understand the damage that is done by saying condoms make the problem worse.  He clearly is blinded by his own antiquated dogma.

Obviously, yes, with abstinence there is less risk.  If you aren’t having any sex then you probably are not ever going to come in contact with HIV.  But, that’s not the reality.  People have sex.  A lot of it.  Not only is it unrealistic to expect magnetic couples (one person HIV+, one person HIV-) to abstain from sex, it is also unrealistic to expect single people to not have sex.  All religious mumbo-jumbo aside, people are going to have sex.  Period.  So why would anyone actually take a stance that essentially guarantees the continued spreading of HIV?  Who would do such a thing?  A true douchebag.

If you doubt that condoms are a good means of having safer sex, then you only need to educate yourself.  Do your research. My preferred HIV/AIDS resource is at www.thebody.com.  A specific entry on condom use and efficiency can be found by clicking on this link.  The article may be a little old, but it is still relevant.  There are countless other resources that can be found by searching the web or going to your library.  If it is your own personal religious beliefs that prevent you from accepting the use of condoms, then I say to you, please leave that for your own relationship.  Don’t ever suggest to someone else that they should not use condoms or that their only option is to abstain from sex.

In conclusion, please do yourself and everyone around you a favor by not propagating the myth that condoms contribute to the spread of HIV.  And most importantly, please do not listen to the Pope.  He clearly supports creating an environment where people must hide their sexuality and live under a blanket of guilt and shame.  Coming from one you grew up in such an environment, I can say that guilt, shame, and self-loathing are some of the biggest threats to safer sexual practices.

A Blast from the Past

We live in a very digital world. Or, dig-i-kal, as my grandma would say. Everything is seemingly turning digital. I’m fine with that. I’m so glad we don’t need to haul bulky vinyl records around in order to hear our music. For me, the ease of use and accessibility of music in mp3 format is unbeatable. It gives me access to my entire music library whenever I want it.

I was reading that there is a major rise in the use of vinyl. I think that people just love to go retro. I can almost hear the purists now, “vinyl just sounds so warm…” In fact, CDs are already on the decline, perhaps due in a very small part to the resurgence of vinyl records. And who would have thought? It wasn’t even 10 years ago that people were hauling around dozens of CDs and plopping them into CD players everywhere. However, the new standard is mp3. Everything is becoming iPod accessible and I love it.

But, this is about more than just music. As I said, this is a dig-i-kal world we live in. This includes music, movies, pictures–basically, all our information. I have spent a lot of time making the conversion. I’ve scanned countless photos and converted many CDs.

I have a small stack of old CDs leftover from my college years that I’ve been looking at it for quite some time. Actually, that’s not totally true. They are tucked neatly away in a container in a storage cabinet. But, every time I go into that cabinet I see them. It’s annoying really, I hear them saying, “convert me. converrrrrrrt me.” Ok, already. Geesh. I decided the time had come for me to convert my old Impact Brass and Singers’ CDs.

I haven’t listened to this stuff for years, probably close to ten years. My first thought was: wow, this sounds old, like the early 90s. Of course, it was recorded in the early 90s. My second thought was: wow, I have changed…a lot. I look different, I sound different, I think different. In a moment of weakness I decided to play one of my songs for Jeff. I’m not sure that he’s fully recovered just yet. It was like a taking him in a time machine back to 1992.

Poor guy. At least he didn’t leave me. I really did go to Bible College and sing in a group that traveled around performing Christian cover songs and skits, all with a slide show going on in the background. It’s hard to paint a proper picture without actually pulling out the CDs and old videos, which thankfully are not in my possession.

Here’s our group picture. I’m the blond guy in the back wearing the burgundy suspenders, the over-sized glasses, and a sheepish smile…

Stand Strong! (and down.)

—that’s for all my fellow survivors.

Posted in My Life, Pictures, The College Years